Join us for this event in-person or via livestream. A recording is available on the Library’s YouTube channel.

AuthorsLive is excited to welcome U.S. Congressman Jamie Raskin in conversation with Sarah Lyall, a noted journalist with The New York Times, to discuss themes found in his recently published book, Unthinkable: Trauma, Truth, and the Trials of American Democracy.

On December 31, 2020, Tommy Raskin, the only son of Maryland Congressman Jamie Raskin, took his own life. Seven days later on January 6, Congressman Raskin returned to congress to help certify the 2020 Presidential election results, when violent insurrectionists stormed the U.S. Capitol. As our nation stood in shock and mourning following the attack, Congressman Raskin, a Constitutional law professor, was called upon to put aside his overwhelming grief—both personal and professional—and lead the impeachment trial of former President Donald Trump.

As part of Greenwich Library’s AuthorsLive series, this event is open to all at no charge. Registration is required. Books will be available for purchase and signing through Diane's Books. Pre-order a copy of the book from Diane's Books HERE. Doors will open at 6:30 p.m.

For your safety, all attendees will be required to show proof of full vaccination (in the form of a CDC Vaccination Card or a photo or photocopy of the card) or a negative PCR Test taken within 72 hours of the event. No one will be admitted without this documentation. Protocols may be modified as and when laws, science, and/or institutional requirements change. Capacity in the Berkley Theater is set at 100 percent for adult programs.

AuthorsLive at Greenwich Library is made possible through the support of the Greenwich Library Board of Trustees and contributions by generous donors. For more information, please visit greenwichlibrary.org/authorslive.

To get early access to all the Library's Author events, sign up here for AuthorsLive email newsletters.

For more information, or questions about this event, please contact Kathy Cihi at kcihi@greenwichlibrary.org.

Now for the first time, in Unthinkable (Harper), Congressman Raskin discusses this unimaginable time, detailing how the painful loss of his son and the power of Tommy’s convictions fueled the Congressman’s work in the aftermath of modern democracy’s darkest day. Going inside Congress on January 6, Congressman Raskin recounts the horror of that day, a day that he’d spent months preparing for, only to face the one thing he’d failed to anticipate—violence. With an inside account of leading the nine-member team prosecuting President Trump in the Senate, Congressman Raskin shares never before told stories of just how close we came to losing our democracy that fateful day and lays out the methodical prosecution that led to the most bipartisan Presidential impeachment vote in American history.

Through it all, he reckons with the loss of his brilliant, remarkable son, a Harvard Law student whose values and memory continually urged Jamie to confront the darkness during this difficult time. At turns, a moving story of a father coping with his pain and a revealing examination of holding President Trump accountable, this book is a vital reminder of the perseverance and sacrifice that our Constitution demands from us all.

Congressman Jamie Raskin proudly represents Maryland’s 8th Congressional District in the U.S. House of Representatives. Prior to his time in Congress, Raskin was a three-term State Senator in Maryland, where he also served as the Senate Majority Whip. He was also a professor of constitutional law at American University’s Washington College of Law for more than 25 years. He authored several books, including The Washington Post best-seller Overruling Democracy: The Supreme Court versus the American People and the highly-acclaimed We the Students: Supreme Court Cases for and About America’s Students. Congressman Raskin is a graduate of Harvard University and Harvard Law School, and he lives with his wife Sarah Bloom Raskin in Takoma Park, Maryland. They have two daughters, Tabitha and Hannah, and their son, Tommy, passed in December of 2020.

Sarah Lyall is a writer at large for The New York Times, writing for the sports, culture, media, and international desks. She worked for many years in the Times London bureau and before that covered, among other things, the NYPD, Long Island, and the book publishing industry. Ms. Lyall has also written for various magazines, including Vogue and Vanity Fair. She is the author of The Anglo Files: A Field Guide to the English. She lives in New York City. 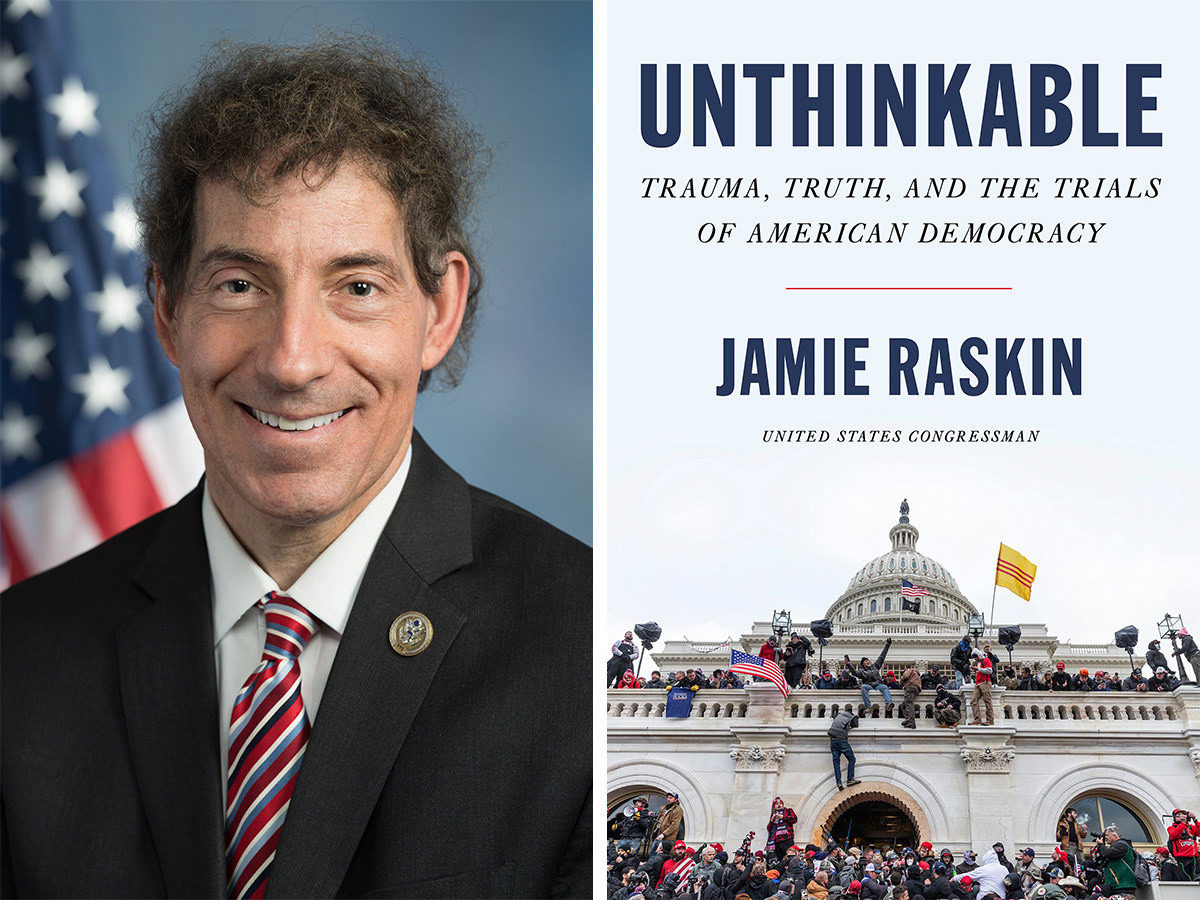