Hiring a Pro or Getting Hired as a Professional Genealogist Online

"Hiring a Pro or Getting Hired as a Professional Genealogist" is a one-woman account of 10 years of Genealogy transactions. The Friends of the Cos Cob Library welcomes back TV researcher Janeen Bjork, who will recount some of her experiences in how she found and hired experts, as well as how she was found and hired for a variety of Genealogy projects.

Janeen, who is also a board member of the Connecticut Ancestry Society, was recruited by her sister-in-law to do her family history in 2011. Janeen hired a Connecticut pro and an Italian paleography expert as she prepared for a 2012 family reunion and has subsequently hired pros "on the ground" to help her with research in Italy, Sweden, and Washington, D.C. Meanwhile, the sister-in-law, who had a four-year head start, saw what was possible and told her, "You need to write a book or teach because you're doing things that didn't occur to me." Ten years after that Janeen is working on her fourth book and has taught scores of classes in six states, including at least one class a year for the Friends of the Cos Cob Library since 2014.

The Friends of the Cos Cob Library have sponsored the “Next in a Series Genealogy Programs” for nineteen years.

This program is free and open to the public. Pre-registration is required. 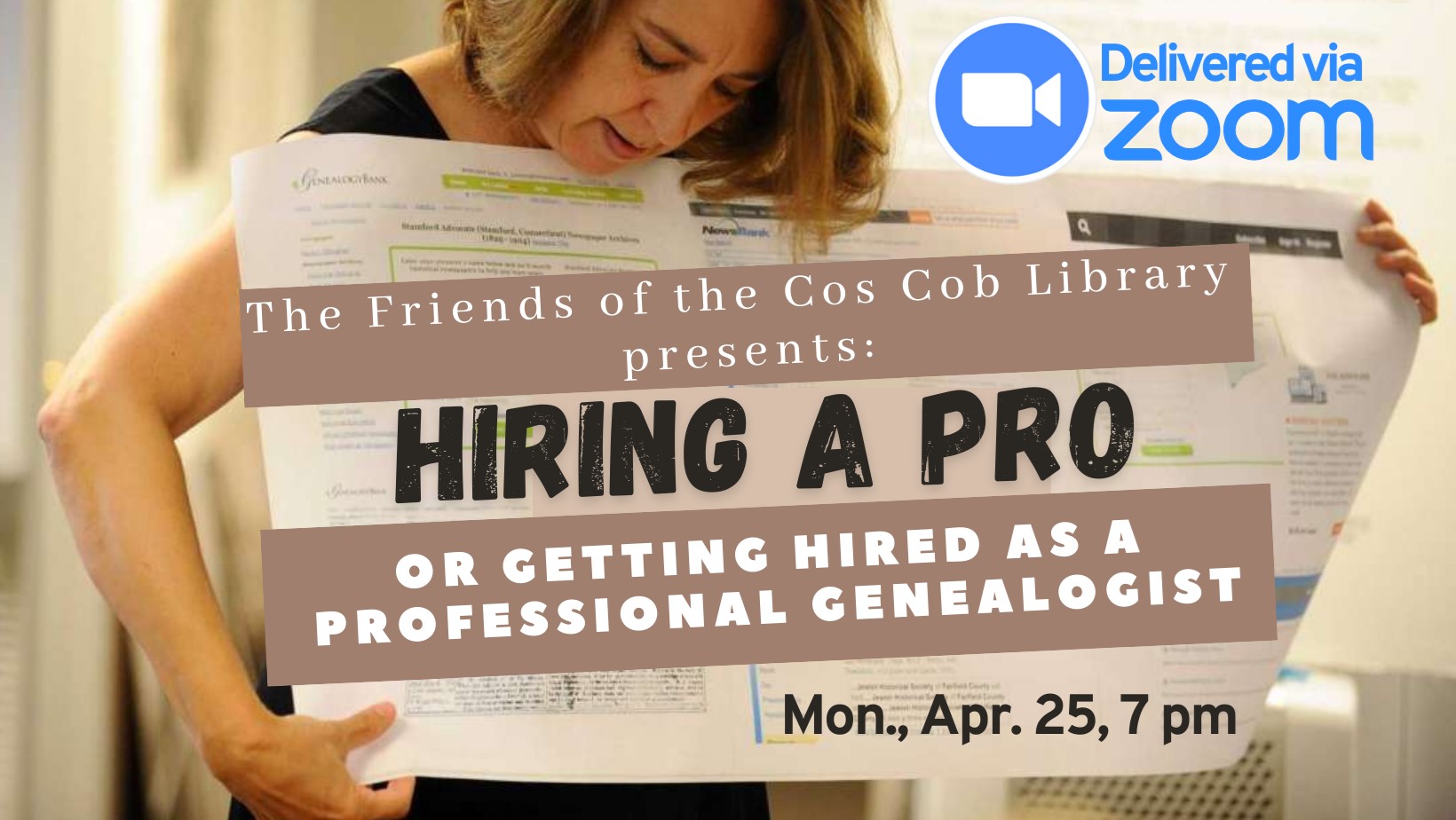