In conjunction with the Flinn Gallery’s show “Self, Assembled,” join us for the autobiographical story of a rebellious girl’s life in pre- and post-revolutionary Iran. Set against the background of growing tensions as fundamentalists control the political climate in 1970s and 1980s Iran, the animated film’s story of perseverance is woven with humor and poignancy. 1h35m. PG-13. French with English subtitles. Check out a trailer here!

REEL Talk: After the film join us for a Q&A with Dr. Roberta Seret, who has used Persepolis in her NYU course “Global Hotspots in Foreign Film,” as well as a Political Film course at the United Nations through her NGO, International Cinema Education.

Sponsored by the Friends of Greenwich Library. Questions? Contact Chelsea Gibbs at cgibbs@greenwichlibrary.org. 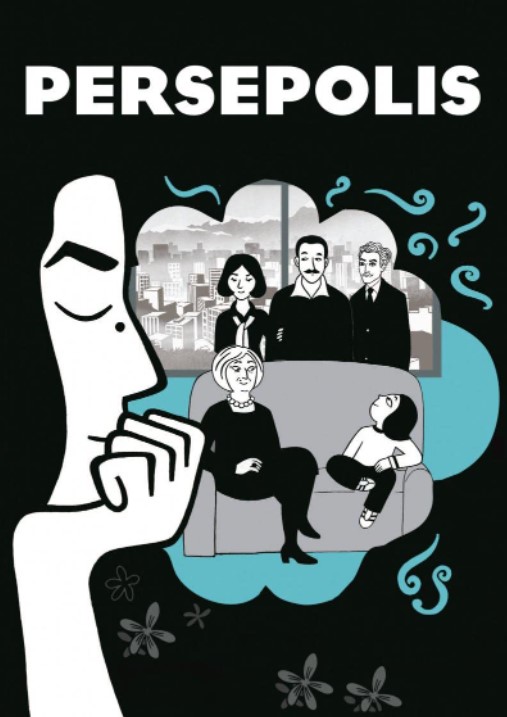